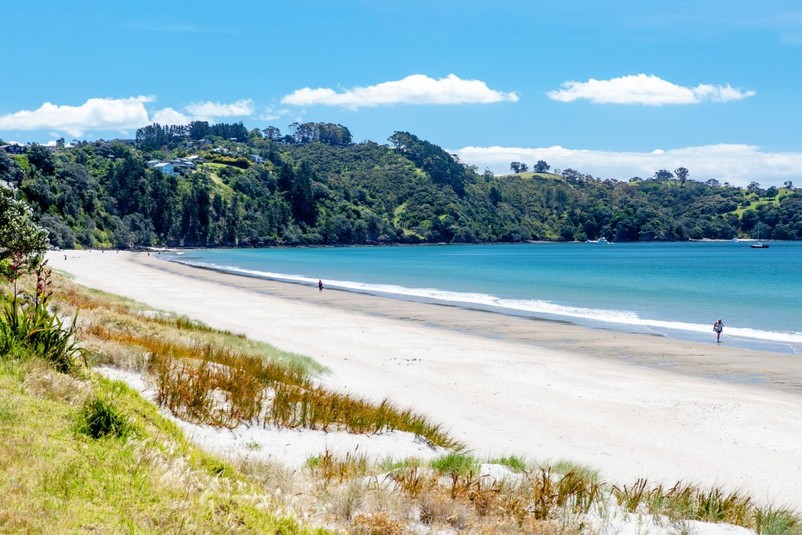 Waiheke Island (/waɪˈhɛkiː/; Māori: [ˈwaihɛkɛ]) is in the Hauraki Gulf of New Zealand, about 17.7km and a mere 35-minute ferry ride from downtown Auckland.

Waiheke Island, known as the ‘Island of Wine’ and home to over 30 wineries and some of the best boutique cellar door experiences in New Zealand. Waiheke wines have won numerous trophies and awards, both locally and internationally. Its traditional strengths lie in Bordeaux blends and Syrahs, but its Chardonnay, Viognier, Sauvignon Blanc and Pinot Gris wines are garnering increasing critical acclaim. With cellar doors offering everything from simple tastings to five-star restaurant experiences, Waiheke has options for all palates and budgets.

It is the second-largest island in the gulf, after Great Barrier Island. It is the most populated, with nearly 8,730 permanent residents plus another estimated 3,400 who have second or holiday homes on the island. The island has a thriving artistic community where over a hundred working artists ply their trades in disciplines such as sculpture, glass blowing, painting and woodwork. Waiheke is an outdoor enthusiast’s playground, where mountain biking, sea kayaking, kitesurfing, fishing and sailing can all be enjoyed. It is the most accessible island in the gulf, with regular passenger and car ferry services, a Waiheke-based helicopter operator, and other air links. In November 2015, Waiheke Island received international attention when it was rated the fifth best destination in the world to visit in 2016 by Lonely Planet and also voted the fourth best island in the world in the Conde Nast Best Islands in the World List.

There are many scenic beaches, including: